Singbuild: Colouring outside the lines, living inside the box 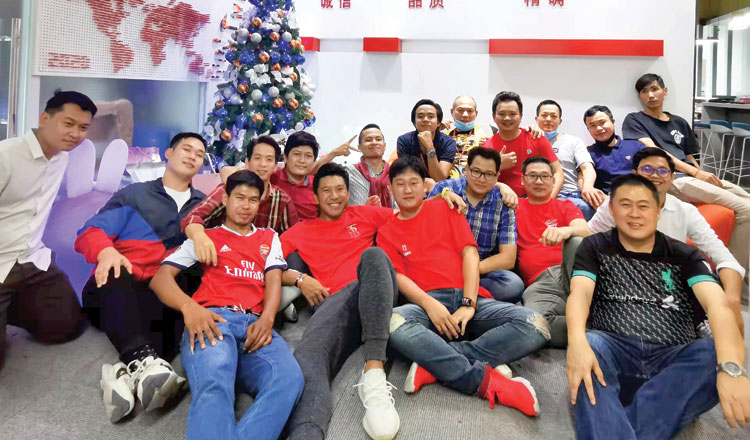 Both literally and metaphorically, Singbuild has been steadily but surely building its reputation as one of Cambodia’s premier construction companies over the last three years.

Singbuild has undertaken commercial and residential projects ranging from garment factories and hospitals to penthouses and luxury villas. The fact that homeowners sometimes spend millions of dollars to purchase a villa in a borey only to reconstruct it or perform major renovations is a testament to the company’s reputation.

A journey through its consultation area is akin to an interior designer travelling to Willy Wonka’s chocolate factory. Tiles, wood panels, stone, wallpaper and paints in every colour and texture imaginable are available to be viewed and compared side-by-side. Kelvin Chua, its chief executive officer, explains that Singbuild has taken inspiration from tech giants such as Facebook and Google. The 34-year-old visited the firms’ offices in his native Singapore and instantly knew that he had to foster a similar culture when starting his first company.

In true Singaporean fashion, the firm’s design team is a hodgepodge of various nationalities with a 60/40 split between Cambodians and international designers, some of whom hail from Singapore, Indonesia, Thailand, Malaysia and the Philippines. They sit in a brightly lit room with pop hits gently playing behind them as they render layouts, floorplans and design concepts for clients. In their free time, they go to the third floor which has been outfitted with sleeping pods, a fully equipped bar, karaoke set, poker table, projector and state of the art Sonos music system. People rarely go straight home after work.

On one occasion, Chua said that he came to work on a Sunday afternoon and was surprised to find that half of his team had turned up for work of their own accord. “It’s like reverse psychology around here. The less we push, the more they work,” he said. Creativity is key and colouring outside the lines is encouraged. Singbuild encourages its team to be a little “weird”. When recruiting new talent, recruits are taken on a tour of the building before an interview is conducted. Chua shows off bathrooms at the office like they are modern art installations. Some have Lichtenstein-inspired tiles with recycled oil barrels while others are sleek, minimalist designs echoing something out of 2001: A Space Odyssey.

There’s a market for everything and Singbuild is prepared to deliver it through a network of suppliers and distributors it has carefully selected and vetted through the years.

“Cambodia at one time was considered a very traditional market and the quality of construction demanded by clients has changed dramatically in recent years,” he told Khmer Times from his office in the Olympic City Building.